How to Build Good Relations with Indigenous Peoples: An Interview Series (Part 1) 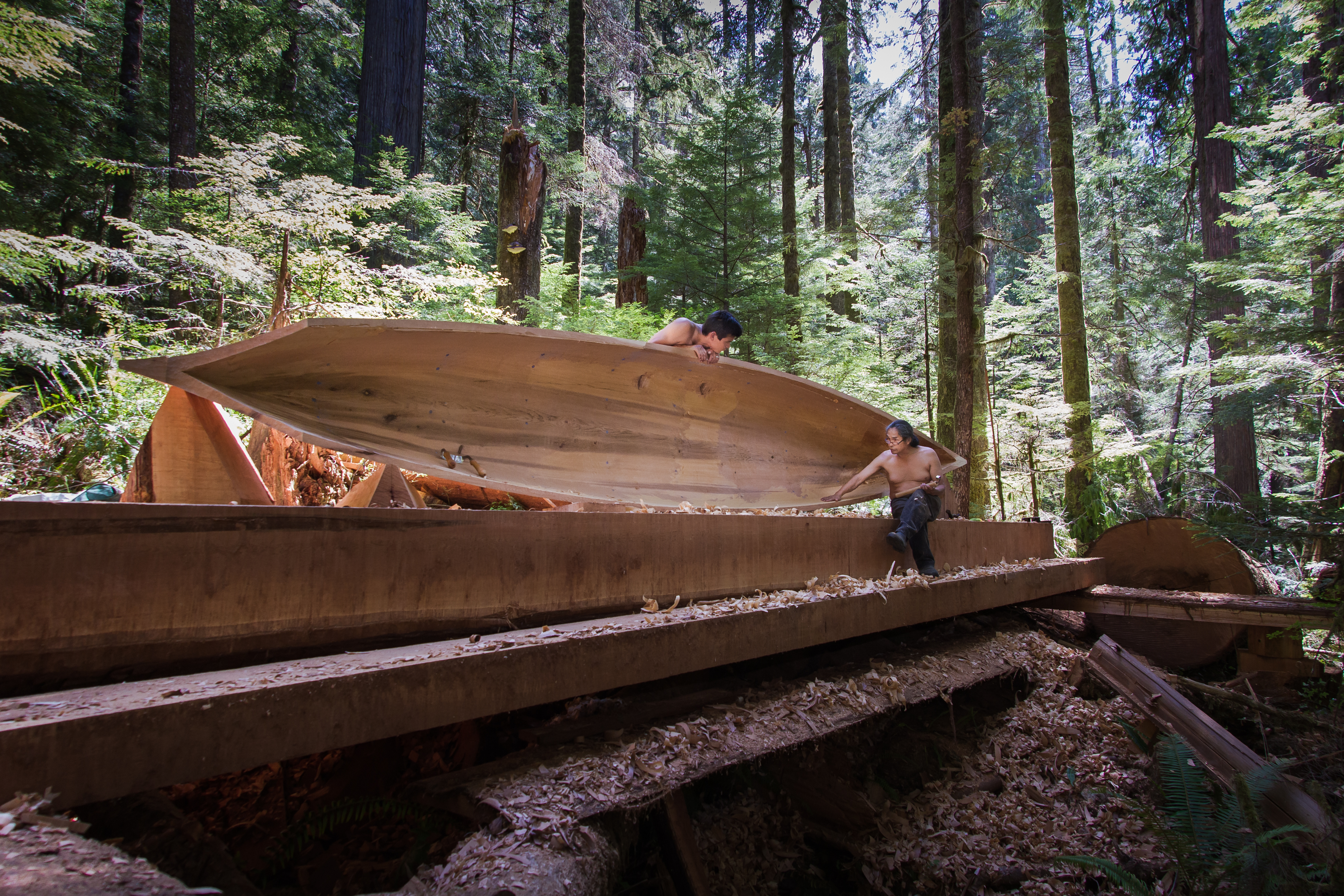 In our conversations with companies around the world, we have noticed a common refrain: building good relations with Indigenous Peoples is essential, but we aren’t sure how or where to start. This three-part series aims to help bridge this gap.

Companies are often afraid to misstep, and while they recognise the risks of inaction, their fears can manifest as perfection paralysis and a failure to take any action at all. Yet, the risks to business for inaction have never been clearer.

Too many countries have a traumatic legacy of settler colonialism, imperialism, and genocide. Lethal systemic discrimination, exclusion, and marginalisation persist. At the same time, public awareness and understanding of these realities has reached unparalleled heights, due in part to grassroot campaigns and activism on social media, growing adoption of UNDRIP (United Nations Declaration on the Rights of Indigenous Peoples), and Indigenous peoples’ increasing assertions of their rights and sovereignty. With this awareness comes the expectation for meaningful action from both governments and businesses.

We interviewed Sxwpilemaát Siyám, also known as Chief Leanne Joe, a Hereditary Chief of the Squamish Nation in British Columbia, to learn more about her perspectives on building positive and mutually beneficial relationships between businesses and Indigenous Peoples.

In this first of our three-part blog series, we unpack the importance of understanding Indigenous worldviews, engaging with an open heart and mind, taking the time to understand the needs of their Peoples, and acting with deference and sincerity towards building positive and long-lasting relationships in order to advance reconciliation.

While this blog post is written in the context of the land we now call Canada, we hope that there are insights and benefits for those living and working elsewhere.

Brandon – What does it mean for companies to have good relations with Indigenous Peoples?

Chief Leanne Joe – To begin answering that question, we have to create some space for “what does ‘relationship’ mean?” For corporations, and for First Nation communities, they may mean different things. It’s important that any company wanting to create relationships with Indigenous Peoples understand what that relationship means to those Peoples …so that they're clear on the expectations of what those communities and those Peoples want in that relationship and friendship, and especially when you're looking to create inclusion and equity and partnership. Many communities’ ways of being and doing are based on very different worldviews than a colonial settler. The importance of understanding an Indigenous perspective and worldview on anything is integral to real reconciliation and real relationship-building.

Brandon – Is there anything that companies should know when their operations are going to take place in multiple territories? What should they know about reaching out to traditional leadership?

Chief Leanne Joe – It's going to be dependent on each Nation. Each Nation is run potentially very differently. The Indian Act doesn't recognise traditional leadership in the political space. For example, I am a hereditary Chief of the Squamish Nation; I am one of sixteen hereditary Chiefs that represents the 16 families that amalgamated to become the Squamish Nation. However, because I'm not elected into the governance of the community, I don't have any day-to-day administrative or political influence within the Nation. You have to be mindful of that, and mindful of how the Nations and those communities have a relationship with that hereditary space and with those families. It's going to be unique in every single community, which makes it challenging.

Any entity wanting to build relationships with a multitude of communities will have to potentially meet with them all individually, and then potentially meet with them collectively. It takes time, effort, energy, and commitment. However, what business may think of as “delays” in the development of building relations is what we call “progress.” This is an important part of reconciliation for us. We are building relationships in the way that we've been taught by our ancestors, and in the way that we know is going to provide the best outcomes for our children, our unborn grandchildren and great grandchildren, as well as for the land, for every single living creature, the four elements and our spirit – they’re all included and encompassed in this decision-making.

If we're talking about true, meaningful reconciliation, then we’re talking about human-to-human experience and relationship-building. We’re not talking about checking some boxes or including a few items on a bottom line somewhere.

Brandon – We've heard from some of our partners that it can be difficult knowing how to start these conversations of engaging with Indigenous Peoples. How do you think companies should initiate this kind of contact? In your experience, how have leading companies approached Indigenous communities?

Chief Leanne Joe – If you don't know the community, the best way is to just start making contact. Don't go in with guns blazing – don’t go in thinking or saying “we have all the solutions for you, we're going to make you rich, we're going to do all these things for you.” That will turn everybody off. You’ve got to go in with “I'm here to create an equal and inclusive relationship with you, in partnership with you, so that we create a win-win scenario for yourselves and the membership of the communities in which you serve.

First Nations understand that the impact of their decision-making today is not just for that quarterly or annual report – it’s for the long term. If you're looking to partner with a community, you have to understand that the Nation is going to focus not only on wealth creation but on the overall well-being of the community, meaning how the relationship and funds will impact housing, land use infrastructure, child welfare, education, and so on. It’s not just about reaping the benefits of one project on one select parcel of land – it's about the greater impact that the relationship is going to have on every single citizen of their community, and all those living within that community.

Brandon – What are some of the common mistakes or oversights that you see companies making, either when engaging with Indigenous People or when they're trying to maintain these relationships?

Chief Leanne Joe – Solely thinking with a colonial settler worldview, about land use and land development, about quarterly and annual bottom lines, and especially coming in and thinking they’re going to be the saviour to that Indigenous group. We have extensive knowledge in sustainability and what we want for our people. We are no longer uneducated individuals. We are only restricted as Indigenous People by the Indian Act, which is a very discriminatory, very racist, and very oppressive piece of [Canadian] legislation. And yet we are working within the confines of many restrictions of the Act to help support development in First Nation communities. I think the most important thing for many corporations is, again, coming in with an open mind and open heart, with a willingness to create true long-lasting relationships. [And a mindset] that you're in it for the long haul. We have annual reports to write too, we also have to be accountable and responsible to membership, to elected leadership.

All that said, companies need to be mindful that the approach to these goals and objectives are different because of our different worldviews. It's a lot of work; reconciliation is hard. It's a journey, and through it, there's rawness, there's pain, there’s healing, there's forgiveness. It's hard work for both parties, but if we don't move through those spaces, we're leaving it for the next generation. I’m mindful of the work my parents did so that I, my sister, and my cousins didn’t have to fight the same battles as them, as well as my grandparents and other ancestors who had to go through the residential school system, losing people in their families and dealing with insurmountable grief and trauma. I’m mindful of my son and the legacy we’re leaving for our children when I go into a boardroom meeting or a negotiation. If we have the capacity, the ability, the wherewithal, the knowledge to do things different, let's commit and do the hard work now.

Brandon – Do you have some examples of successful partnerships between Indigenous communities and companies where you feel like those businesses were able to build meaningful relations with respect and wisdom?

Chief Leanne Joe – Senakw Development within the Squamish Nation, and the Clearwater deal with the Mi’kmaq people back east – those are both great examples of partnerships between non-Indigenous entities and a Nation. There are tons of them both provincial and nationally, but those are the first two large ones that come to my mind when I think of partnerships that have both created space financially and allowed the Nations to lead as a full and equal partner. Those relationships have created a foundation for wealth and well-being that are going to be impactful for generations to come. The ripple effects are tremendous – these partnerships mean opportunities for entrepreneurship and long-term funding for housing development, education, child welfare, and infrastructure development.

Our thanks go out to Chief Leanne Joe for sharing her wisdom about how to get started on relationship-building. Forming positive relationships with Indigenous Peoples contributes to the resilience of their communities, and to the resilience of the social, environmental, and economic systems in which your company operates. A direct way for you to advance reconciliation and resilience is to co-create initiatives and opportunities that honour Indigenous worldviews, empower Indigenous Peoples to lead, and build capacity – both for Indigenous leadership within your organisation and for the continued economic and cultural development of Indigenous communities.

In our next blog, we speak with Chief Leanne Joe about tangible actions that help embed an understanding of Indigenous worldviews, leadership, and capacity-building into your organisation and its strategy.